A seemingly endless looking dirt road takes us through small villages where the people walk outside to wave at us. We are far away from civilization, but somehow there are people everywhere. Small huts made out of clay with thatched roofs are all around. The road gets a bit rougher the more we drive inland and away from the main road. It’s a full moon. We can see the sun set and the bright full moon makes his appearance. Too bad they are always opposite each other, otherwise it would’ve been a great photographic shot, I think to myself. Nowhere on my travels have the sunrises and sunsets been as impressive as they are in Africa. When the view is open enough we always try to position the tent so we wake up while watching the sun rise. We always try to camp somewhere before the sun sets and when it does we get the camera out to capture it while enjoying a big mug of cold ginger tea. This ginger tea is Rinus’ favourite and the recipe is Rooibos tea, ginger, lemon juice and honey. It’s very refreshing and Rinus believes that the more ginger you put in there, the more healing the tea becomes. He’s almost getting as superstitious and the locals here.

Today we are having a hard time finding a good spot. The bush is very dense and every livable space has small villages. In the end we decide to ask at one of the small huts if we can spend the night at the open field nearby. With African people, the rules for land are different. You use it, but you don’t own it. When we ask to pitch up our tent on their land, they look quizzically at us. When they do understand our question they still don’t know why you came to ask permission in the first place. Helga and I always love to camp with the locals, they only downside being that you often attract a lot of attention. And that is not always something you feel up to after a very busy day on the road. We timed our arrival just before dark and the local people don’t usually venture far from their homes in the dark because they have no flashlights.
It seemed like a good idea, but there is one thing we missed: the full moon. Until very late at night we can hear people singing and dancing around us. From the sounds we recognize a group of young men and even younger females. The women sing, marching in small groups with rotating lead singers. The man react to their singing with yells of oooohs and aaaahs, somewhat rhythmic, but not always in tune.
Tired from our sleep deprived night we pack up, make a (very Dutch) peanut butter sandwich and get in the car before the sun comes up. We know that is we linger any longer everyone will come out to see us and it will be hours before we get to leave. We drive out of the small village, over the hill and into the next settlement. Slowly, we see everything around us come alive. Children walk around in colourful clothes, dogs find their favourite spots in the sun and there’s a flurry of chickens running around. The first signs of fires being started give out a homely feel to it all.
Around midday we arrive at the National Park.
South Luangwa National Park in the east of Zambia is the most southern situated out of the three national parks down the Luangwa River. There are large populations of Thornicrofts giraffe,elephant and African Buffalo. In the river you can find large groups of crocodiles and hippos. In 1938 the area was already proclaimed a park to protect it and it 1972 it officially became a National Park and is now covers 9050m2.
We introduce ourselves at the campsite and are being invited to attend one of the morning game drives. A very knowledgable ranger takes us along and gives us a lot of useful information. 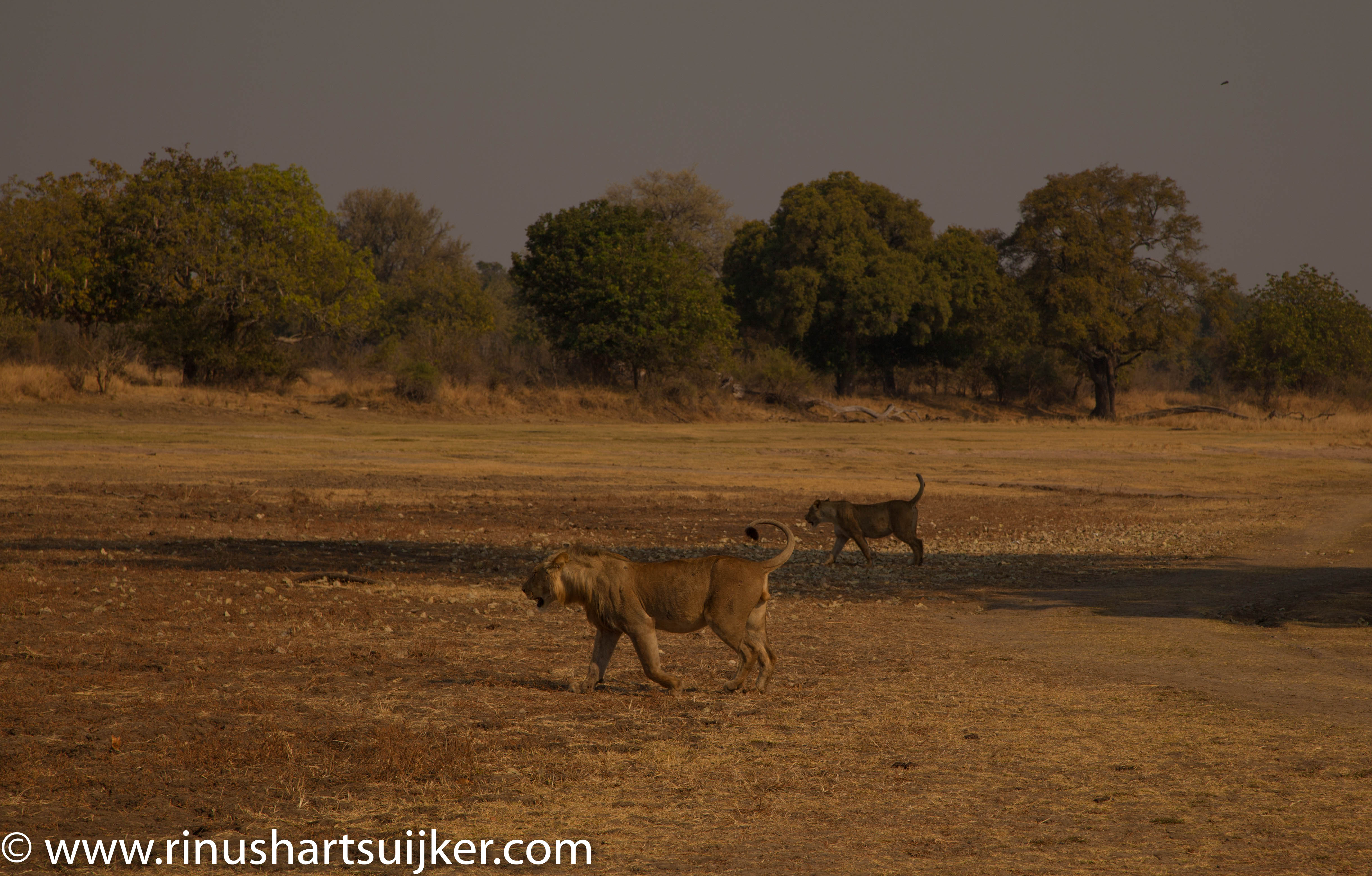 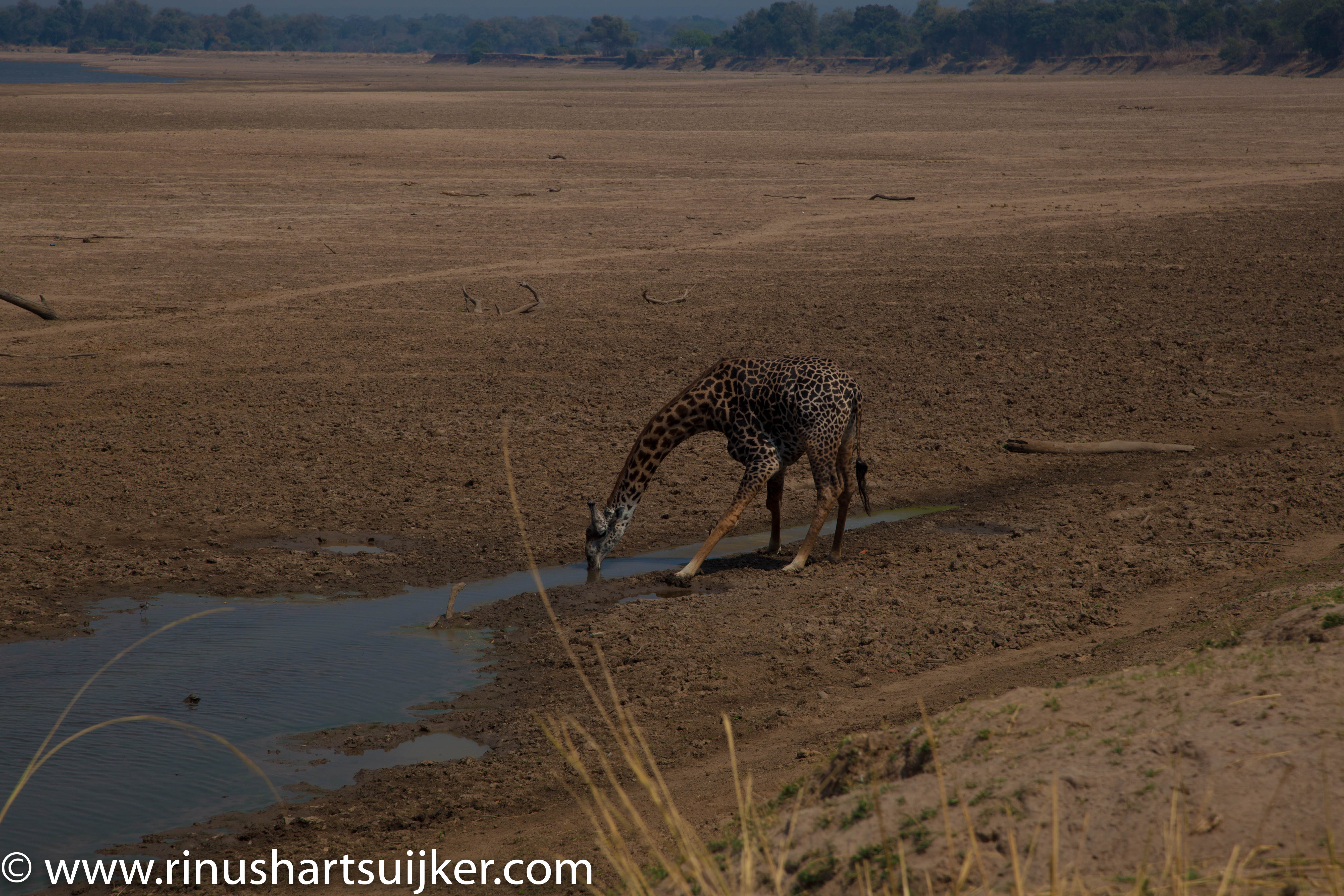 Back to all blogs

Stay up to date

I am open to new collaborations in 2019.
For an overview of my previous work,
please visit the Projects page.
For more information about us
check out the About page.
If you have any questions or an inquiry,
feel free to contact us.

We use technical and cookies for analytics to ensure that we give you the best experience on our website.OkNo